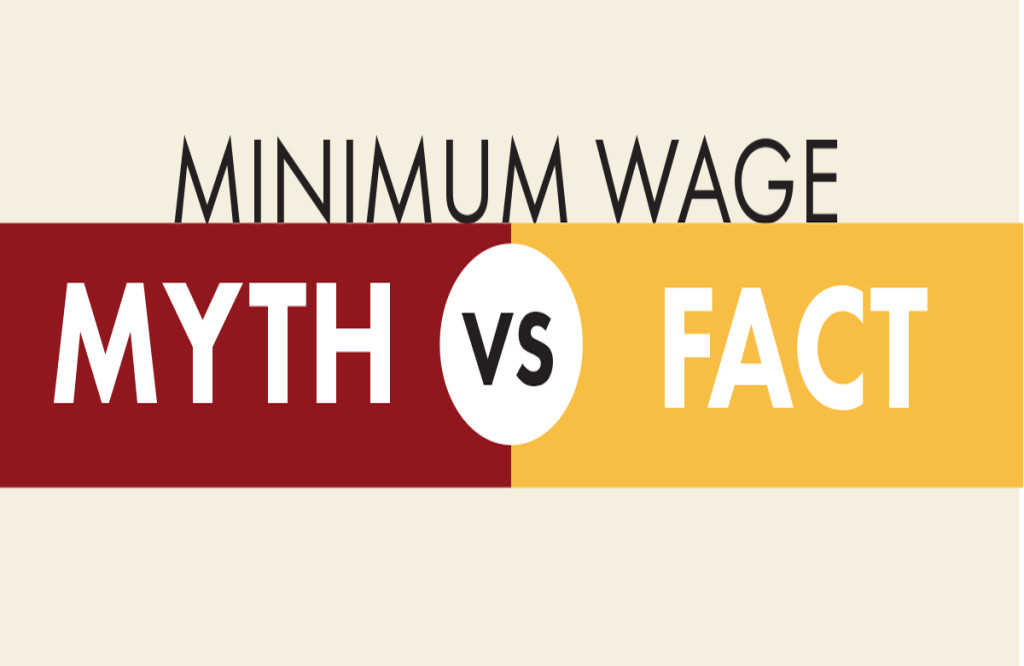 Proponents of a higher minimum wage are determined to make their case no matter how much evidence piles up against them. But in doing so they conveniently avoid the evidence that directly challenges their arguments. We looked at several of the popular arguments proponents of a higher wage make, and the facts tell a different story.

Check out the full infographic here or below.

Myth #3 Raising the minimum wage will save taxpayers money

Fact: Dr. Joseph Sabia of San Diego State University and Thanh Tam Nguyen examined 35 years of government data across a number of different datasets and determined that, on net, minimum wage increases have little to no net effect on participation in (or spending on) a range of means-tested programs.

Myth # 4 Most minimum wage earners are single parents with kids

Fact: Census Bureau data shows that just one in 10 of those affected by a $10.10 or $12 minimum wage fit this description. A majority of those affected are either second or third-earners in households where the average family income exceeds $50,000 per year.

Fact: A 2007 study by the University of New Hampshire found that seven out of 10 economists agree that the Earned Income Tax Credit (EITC) is the best antipoverty program available to us, while only one out of 10 said the same thing about minimum wage hikes. Economists Joseph Sabia at San Diego State University and Robert Nielsen at the University of Georgia found a 1% drop in state poverty rates associated with each 1% increase in a state’s EITC. (The same study found no relationship between minimum wage hikes and poverty rates.)

Fact: Economists at the University of California-Irvine and the Federal Reserve Board reviewed two decades of research on the subject, and found that 85 percent of the most credible studies on the minimum wage point to job losses for less-skilled employees. The latest and most up-to-date research has strengthened this conclusion.