UPDATE (2/19/20): Newly-available Current Employment Statistics data, covering through the end of 2019, show that New York City suffered its second year of falling full-service restaurant employment. This is the first time in thirty years the city’s full-service industry has faced back-to-back years of job losses. Updated charts for limited- and full-service are included at the end.

The anecdotal and empirical evidence on the harm caused by New York’s minimum wage experiment is overwhelming. Consider the following:

Despite mountains of evidence the contrary, labor unions and their allies in academia insist that restaurant growth in New York City has never been better.

The latest example of this head-in-the-sand approach comes from James Parrott at the Center for New York City Affairs at the New School, who once ran the state’s labor-aligned think tank and who’s seemingly never met a minimum wage increase he didn’t approve of. (Before the state’s recent wage increases had even begun, Parrott proclaimed that “the net overall impact would be positive.”) His new report, co-authored with graduate student Lina Moe and SEIU sidekicks at the National Employment Law Project, describes the city’s restaurant growth as “remarkable,” and suggests that reports of consequences are contradicted by a “review of comprehensive government data.”

The authors use this analysis to argue for the elimination of the tip credit–a one-time policy priority that has apparently been abandoned following robust employee opposition.

In truth, Parrott and his co-authors cherry-pick government data to fit their thesis; where the numbers don’t fit, they either ignore the inconvenient data or provide excuses why it doesn’t line up. In perhaps the most-egregious sleight of hand, the authors pick a benchmark reference point for restaurant growth several years before the state’s radical minimum wage experiment began–taking credit for restaurant growth that evaporated after the minimum wage began rising. 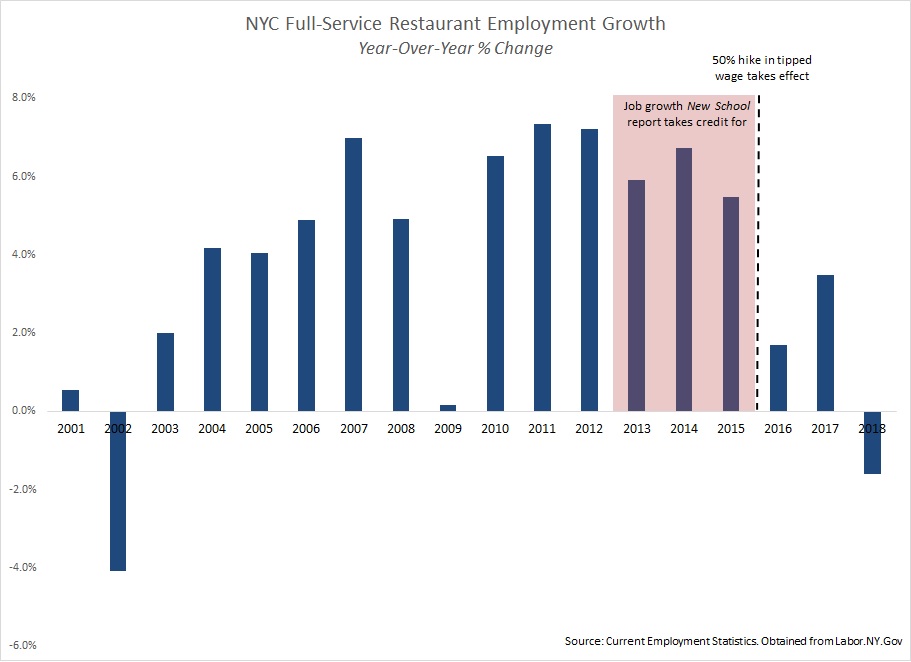 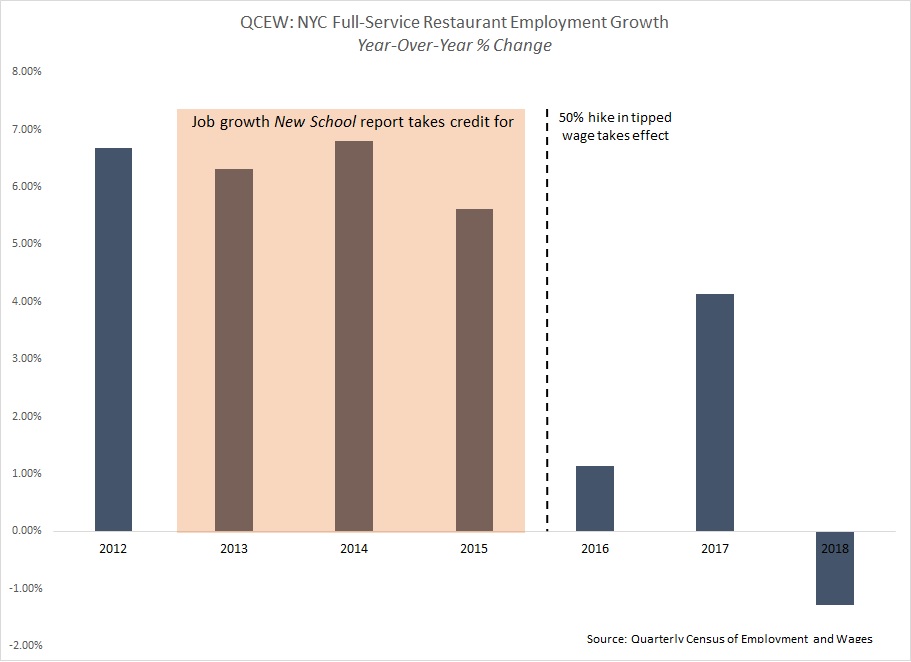 Taken in total, the available evidence remains clear that New York City has experienced a dramatic slow-down in full-service employment growth, corresponding closely with the dramatic increase in the minimum wage for tipped employees. Efforts to dismiss this conclusion represents wishful thinking by labor groups who had their minds made up about the policy long before it took effect. Try as they might, Parrott and the New School can’t get away with new math to create new realities for the city’s full-service restaurants. 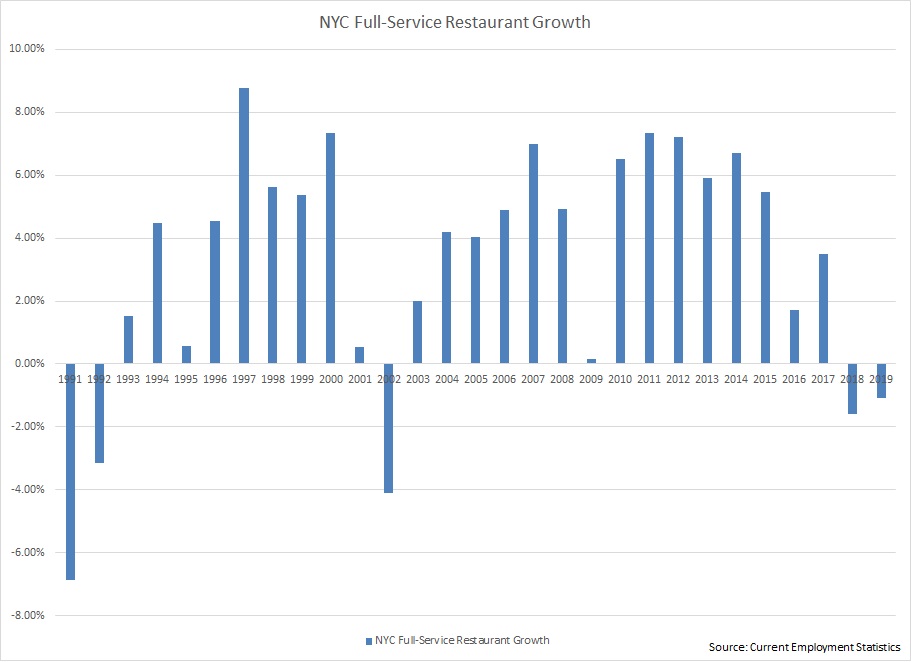 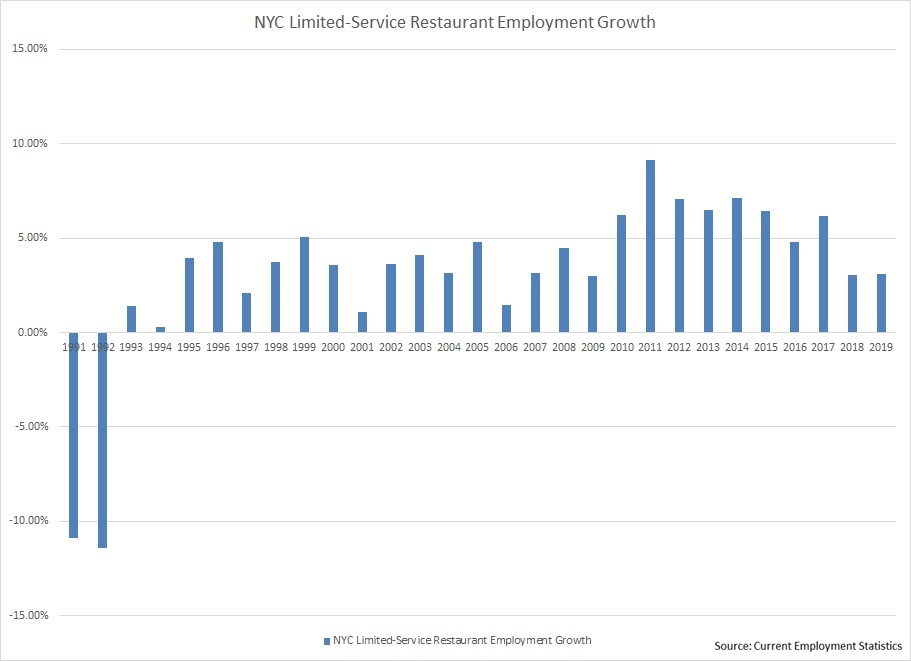 Will Every Democrat Running for President Stretch for $15?

Support for the #fightfor15 – Not What it Seems