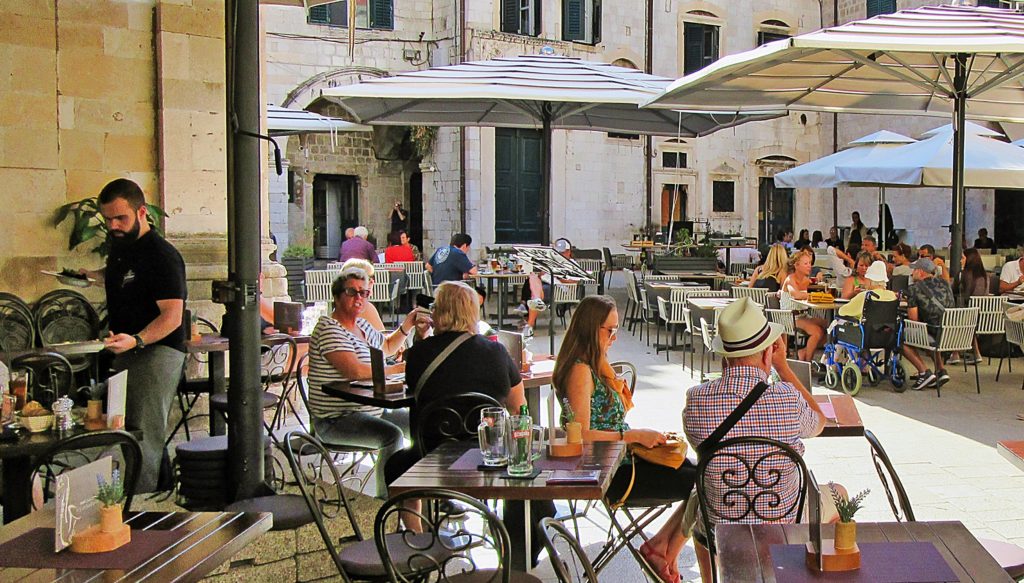 On Friday, the House Ways and Means Select Revenue Measures Subcommittee held a hearing on the impact of COVID-19 on businesses and employees in the restaurant industry. Testimonies were provided by restaurant owners and industry representatives, as well as Saru Jayaraman of the controversial labor group Restaurant Opportunities Center (ROC).

In her statement regarding the plight of restaurants and their employees during COVID-19, her plea to lawmakers was to raise the federal minimum wage and eliminate the tip credit nationwide. However, her view on how to support restaurant workers does not appear to be shared by restaurant workers and other tipped employees themselves.

For years, restaurant employees have resisted proposals like Jayaraman’s.

In fact, ROC and its affiliate One Fair Wage, of which Jayaraman is also the president, have attempted to organize various strikes for tipped workers across the country – and have struggled to get workers to participate. A Facebook event for a September 30th strike in Washington, D.C. appeared to have just fourteen protestors attending. One attendee tweeted this image, featuring even lower turnout: 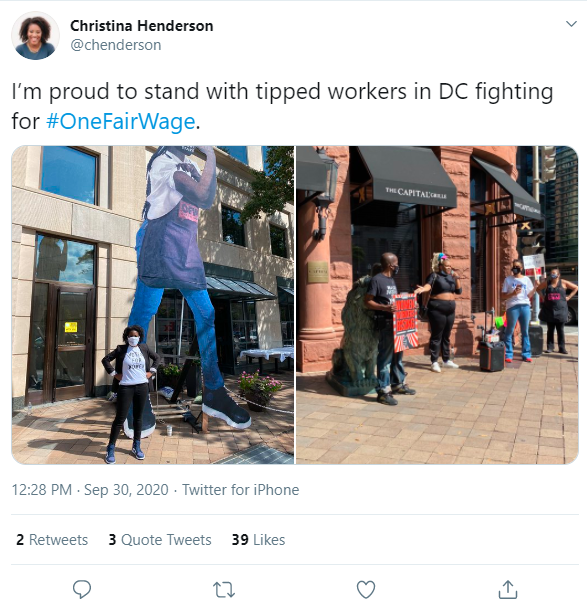 In her testimony, Jayaraman said upending the tipping system would be economically “beneficial” for the industry. However, the state of Maine reinstated the tip credit in 2018, after servers testified in a 12-hour public hearing. One woman who was employed as a bartender and server remarked:

“Many of us see ourselves as professional, commission-based salespeople. A minimum wage without a tip credit would effectively turn career servers — the most experienced of whom can earn up to $24 an hour or more — into entry-level employees.”

Studies show that tipped employees are actually better compensated when they earn both a minimum tipped wage and tips. Currently on average, tipped workers earn $14 per hour, with some of the highest earners making more than $24 per hour. A Census Bureau analysis reveals that while increasing the tipped minimum wage increases the dollar amount paid by the employer, tips tend to fall by a similar amount. Eliminating the tip credit, in many states, would also have a negative impact on industry employment: a 2014 study in the Southern Economic Journal found that tipped minimum wage hikes resulted in both fewer employees and fewer hours per tipped employee.

Saru Jayaraman claims to support employees in the restaurant industry, but her proposals do not speak for most tipped employees, and are projected to cause them economic harm. She also has a track record of mistreating her own employees and others in the industry. Policymakers must proceed with caution.

Why do politicians endorse raising the minimum wage, but economists remain skeptical?

Why do politicians endorse raising the minimum wage, but economists remain skeptical?